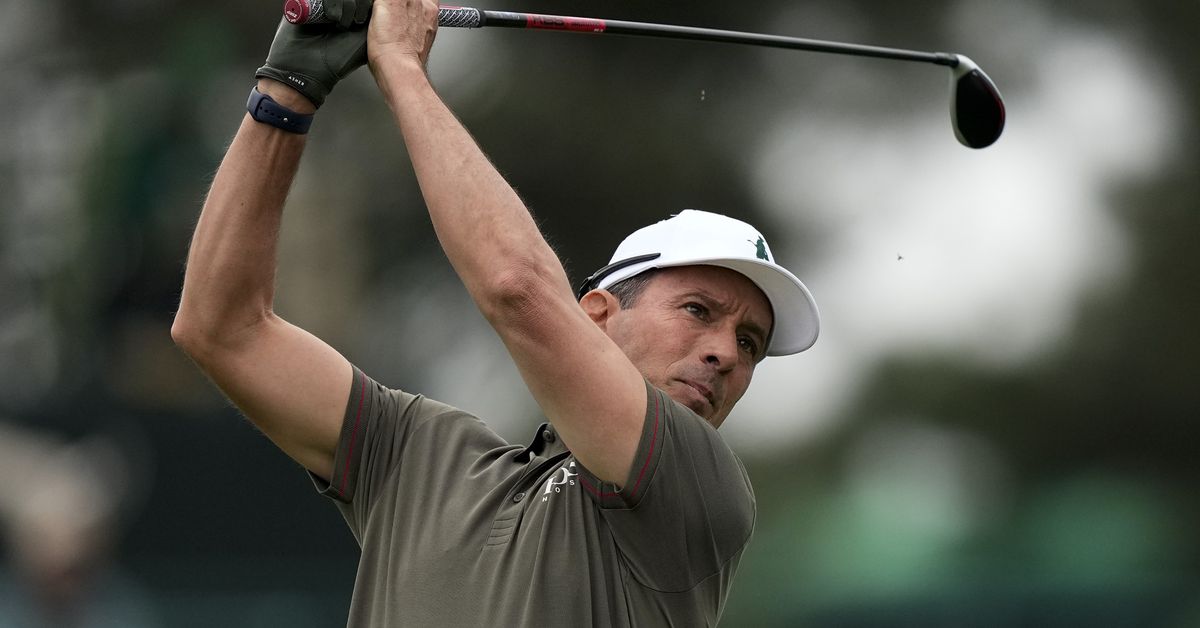 Former Masters champion Mike Weir is a legitimate contender to win his second event as a member of PGA Tour Champions, former pro Eric Rustand just wants to make the cut as a weekend-playing amateur and first-time qualifier, and Sandy’s Steve Schneiter hopes to keep his momentum going after severely slicing the index finger on his right hand in a 2018 accident.

Meanwhile, the fourth former BYU golfer who will tee it up at the U.S. Senior Open this week in Omaha, Nebraska, just hopes to survive.

Stan Souza, a 66-year-old Hawaiian who played for famed BYU golf coach Karl Tucker from 1974-78, is not looking forward to walking the course, which is required at all USGA events unless one has a medical exemption. The major championship for golfers 50 and older will be played Thursday through Sunday at the par-70 Omaha Country Club, which measures at 6,891 yards.

“It is getting harder and harder every year,” said Souza, who also qualified in 2018. “The older I get, the harder and harder it gets. … This is probably the hilliest golf course I have ever seen in my life. So it is a really tough test of golf. It is survival out there.”

Throw in the heat and humidity, and Souza is happy that he’s been training and preparing for this week for quite a while.

“You have to walk, and trust me, it is tough,” he said. “You see everybody out there huffing and puffing, and saying, ‘Oh my.’ And the rough is ridiculous. It is a U.S. Open, so they make it hard. There is a premium on driving, and of course the greens are very undulating.”

Souza was a little more than four months removed from hip surgery when he played in 2018, and wasn’t at his best. He did make a hole-in-one on the fourth hole of his first round at The Broadmoor Golf Club in Colorado Springs, Colorado.

“I am really looking forward to playing this week,” he told the Deseret News, having qualified with a 69 in Hawaii. Scott Brandt of St. George was the first alternate with a 71 and former BYU golfers Jimmy Blair (72) and Dean Wilson (72) tied for third.

Souza, Weir and Rustand were planning to play a practice round together on Wednesday, but practice rounds “got messed up” by the weather, Souza said.

A golf equipment and apparel rep for 22 years, Souza now works for Hilton Grand Vacations and hones his game at Wai’alae Country Club on Oahu. Souza played in the same era as Pat McGowan, Jim Nelford, Mike Reid and Blair and remembers a fun game in which the golfers, most of whom were roommates, would make the golfer with the highest round in a particular tournament eat an entire green bell pepper.

“And let me tell ya, it was torture,” he said. “We all hated green bell peppers. Whoever had to eat it, they were in tears. And so I ate it once, and I said, ‘never again.’”

“Those were fun times that we had,” Souza said. “We just had a really good bunch of guys.”

Another 66-year-old, former BYU golfer almost made it five Cougars in the 156-player field, but Orem’s Mike Reid was the seventh alternate as of Monday and unlikely to get in. Reid shot an even-par 72 to finish as the first alternate at the Colorado-based qualifier where Schneiter qualified with a 71.

“Coach Tucker recruited a lot of great players. He was a great coach. He was never a technical golf coach. But he taught you a lot about life and a lot about competition and prepared you for life. You have got a lot of guys who took the game very seriously, and thought of BYU as a great place to be able to hone their skills and potentially make the jump to the professional ranks.” Former BYU golfer Eric Rustand on the late Karl Tucker

“Former Cougars are out here representing,” said Rustand, 52, a reinstated amateur who tied for medalist honors in the qualifying at Phoenix’s Arizona Country Club with a 3-under-par 69.

Rustand, the older brother by 11 years of former Utah Valley University golf coach Clark Rustand, attributes that impressive number to legendary BYU golf coach Karl Tucker, who coached the Cougars to a national championship in 1981 and died in 2010.

“Coach Tucker recruited a lot of great players. He was a great coach. He was never a technical golf coach. But he taught you a lot about life and a lot about competition and prepared you for life,” Rustand said. “You have got a lot of guys who took the game very seriously, and thought of BYU as a great place to be able to hone their skills and potentially make the jump to the professional ranks.”

Of course, Weir is the most accomplished of the former BYU greats in the field, and is looking for a second title since turning 50 last year. Weir, the 2003 Masters champion, won the Insperity Invitational on May 2 at The Woodlands, Texas, in a tournament reduced to 36 holes by heavy rain earlier in the week.

Weir is paired the first two days with fellow pros Alex Cejka of Germany and Jim Furyk, who is also playing in his first U.S. Senior Open. Last year’s tournament was canceled due to the pandemic. Steve Stricker won the 2019 USSO by six strokes.

Schneiter, 57, played for the Cougars from 1985-87 out of Jordan High and is making his third trip to the U.S. Senior Open.

“It’s wonderful,” Schneiter told Gary Baines of the Colorado Golf Association. “There’s nothing like playing in a major — whether it is a senior major or a regular major.”

Schneiter was operating a sand spreader at Pebble Brook Golf Club in Sandy, the course his family owns, when he got distracted while cleaning it out and flicked some sand and ended up cutting his finger down to the bone, severing all the tendons.

“It is an unbelievable golf course, and very challenging, and a tremendously difficult walk,” he said.

An All-American in 1994 at BYU, Rustand played on the Asian PGA Tour from 1994 to 2001. He played in four PGA Tour events, and recorded a T-7 at the Tucson Open in 1999, fitting since that’s his hometown. He regained his amateur status in 2006 and has played in two Mid-Amateurs and three U.S. Amateur Four-Ball events with his brother, Clark.

“I mean, my legitimate goal for this week is to try to make the cut,” Rustand said. “There are all kinds of dreams and aspirations of finishing higher than that, but just the difficulty of the golf course is different than what I have played in amateur golf for the last 20 years. It is a fantastic test.”

Rustand missed a family reunion of 107 people in Prescott, Arizona, to play in the tournament, but his father, Loren, his wife, Tina, and sons Austin and Jackson made the trip to Omaha. Tina was on the bag when Rustand was a pro. Now, Austin and Jackson will take that honor.

His favorite memory at BYU doesn’t involve green peppers. Rather, he recalls a stacked-field tournament in Fresno in which Weir made a birdie on the final hole to give the Cougars the team win.

“It was in a tournament that we weren’t the favorites to win,” he said. “That was pretty special and ranks right up there.”

Get the inside scoop on your favorite team in this email for true Cougar fans.

Masters of woman and beauty